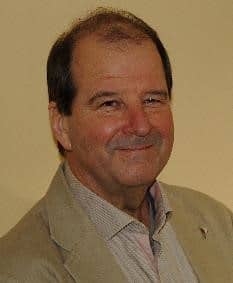 Paul Goriup holds a joint honours degree (BSc) in Botany and Zoology (Reading), and an MSc in Conservation Science (University College London). He is a Fellow of the Chartered Institute of Ecology and Environmental Management (FCIEEM) and a Chartered Ecologist (CEcol.). He is a member of many professional and scientific ecological bodies and is an invited member of the IUCN Species Survival Commission and the World Commission on Protected Areas. He is also Vice President of the Great Bustard Group (Patron, HRH Prince Charles) that is successfully reintroducing great bustards (Otis tarda) to Salisbury Plain.

Paul has been involved professionally in nature conservation work since 1977, starting as a Higher Scientific Officer in the government, followed by work in Africa and Asia for Worldwide Fund for Nature,  and then Director of Conservation Programme at BirdLife International. In 1986, Paul founded and remains a director of NatureBureau, a company that carries out ecological management projects in UK and abroad, as well as publishing a wide range of wildlife-related books. In 1993, Paul started to work for international donors on environmental issues in Ukraine, which in 1996 led him to establish FIELDFARE International Ecological Development, one of Britain’s first pro-biodiversity companies,. This company has raised private-sector capital for small-scale investments in Ukraine such as biomass production and ecotourism.