“Mandate impact disclosure to achieve the Sustainable Development Goals (SDGs) and accelerate behavioural change in capital markets” is Recommendation #1 from the Impact Taskforce (ITF), an independent, industry-led taskforce supported by the G7 Presidency, published on 13 December, 2021.

The Rt Hon. Nick Hurd chaired the ITF and brought together 120 leading voices from business, investment and public policy, representing over 100 institutions across 40 countries. The mandate of the ITF was to answer a critical question -  “How can we accelerate the volume and effectiveness of private capital seeking to have a positive social and environmental impact?”

The Chair of ITF Workstream A, which developed this first recommendation, was Douglas Peterson, President and CEO, S&P Global. The recommendations of the ITF are transformational as they move the purpose of accounting towards impact value generation for people and planet.

For the world to achieve the Sustainable Development Goals (SDGs), there will never be enough public money. According to a new report by the Climate Policy Initiative, investments must increase by at least 590%, to USD 4.35 trillion annually by 2030 for us to be able to meet the climate objectives, maintaining a 1.5oC pathway (the Paris Agreement, SDG 13). 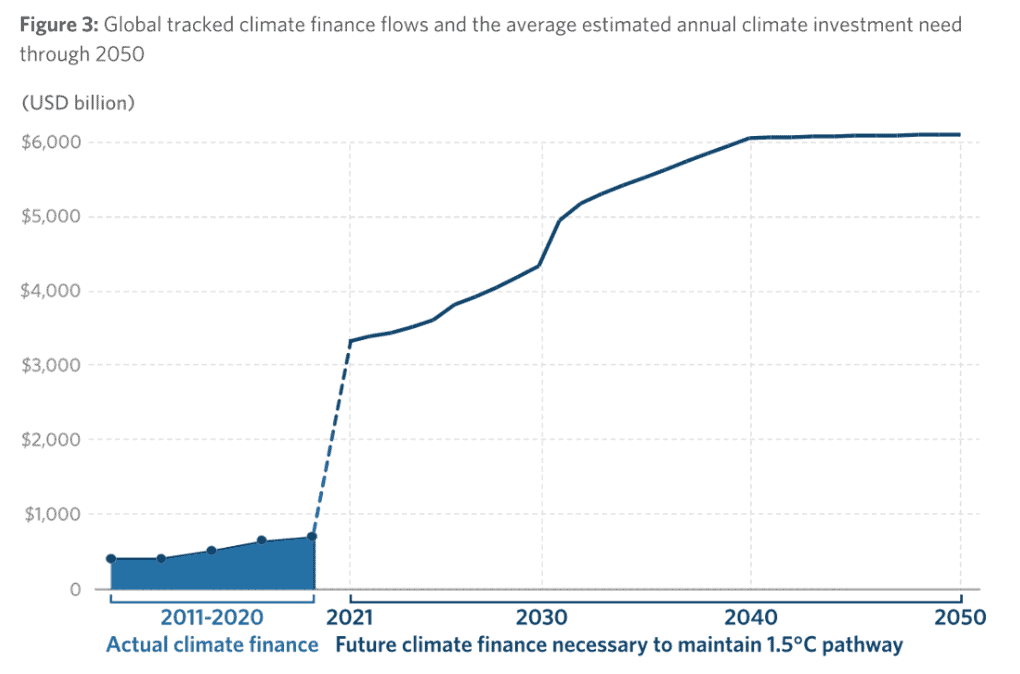 It is anticipated that the funding should come from such sources as corporations, households and individuals, commercial state-owned, and development finance institutions, and government budgets. Given the scale and the risks involved, coordination, policy, legislation, regulation, harmonization, standardization, and assurance are all needed in order to scale up fast.

What are the (financial) reasons that investors are increasingly addressing issues like climate change, gender diversity, mining safety, governance of technology, etc.? For Jon Lukomnik and James Hawley, a large part of the answer lies in the demise of the “perfect myth” that ruled capital markets for the past 70 years: Modern Portfolio Theory (MPT). Economist Harry Markowitz introduced MPT in 1952, and later received a Nobel Prize for his contribution. It was a powerful framework for how to assemble diversified portfolios of assets in a way that they maximize returns for any given level of risk.

The underlying assumptions of MPT have been debated for a long time, because it has been shown that they do not reflect important realities. Nevertheless, the theory was able to explain about 6-25% of variability in returns associated with the idiosyncratic risks associated with individual firms and the specific conditions that they encountered. On that basis, MPT has produced impressive results. Whole industries developed around pre-packaged, diversified products, such as mutual funds (think, for example, of Unit Trust Corporation).

One of the effects of this was that market participants grew in size because they were joining together in diversified portfolios. This growth exacerbated one of the underlying weaknesses in the MPT assumptions. MPT is focused on mitigating the risks of individual stock selection (alpha risks) – not the systems, the markets, in which the firms operate. In other words, MPT models do not deal with the systematic risks that affect whole markets (beta risks). Professor Markowitz confirmed these limitations of MPT in conversation with Leslie Clarke, Managing Director of Murphy Clarke Financial Ltd, when he visited Trinidad & Tobago.

However, over time, two things became clearer: first, a large part of returns are determined by systematic market risks. These systematic risks affect, according to Lukomnik and Hawley, up to 75-94% of the returns to investment. In other words, there are many environmental and social dimensions of markets that are financially material to companies, and therefore they also affect investor returns. William Frater, founder at Kutumikia in South Africa and my colleague on ISO/TC309 Governance of organizations, points out: these risks are absolute, and while relative out performance may be possible, the investor has still lost as the whole market declines and is thus poorer. The bigger these systemic risks get, the bigger the impacts. And if all markets become exposed to the risks, then we cannot diversify out of the systemic risks.

The second thing that happened is that investors and companies have grown in size – by a lot! MPT thinking put all the focus on the non-systematic risk to companies, e.g. from their competition, or operations, but not on how the companies or the investors themselves might be affecting the market, or the real world. Large companies and large investors have an effect on the markets, the regions, the countries, and the natural environment in which they operate. This means that there is another material effect: the effect by the company and investors on society and the environment. Together, these two directions of materiality are referred to as ‘double materiality.’

What does it mean for the Caribbean?

In addition to an ever increasing consensus that a number of planetary boundaries have been breached and urgency to correct course and scale up to achieve the SDGs (no country is currently on target), understanding the fundamental transformations we are witnessing in the capital markets and a number of market characteristics common in the Caribbean.

We are now in the position to come to the main insight: investors, companies, politicians, regulators, and large parts of society have realized that it pays to protect and regenerate the system in which they are operating. It pays to achieve the SDGs not only because it is the morally right thing to do, but also because they improve and save the markets and systems on which we depend.

This is why investors, companies, regulators, standard setters and others are coming together throughout the world as ‘beta-activists’ to invest strategically to reduce their negative and increase positive effects on the nature and society, and thereby on their markets.

Seen from this perspective, it is clear that the calls by the ITF reflect an ongoing and fundamental transformation of capital markets. Calls for the rapid operationalization of the new IFRS-ISSB, the development of and adoption of the new ISSB standards, the proposed Corporate Sustainability Reporting Directive (CSRD) in the EU, legislative and regulatory developments in the USA, UK, Korea, Japan, China, Canada, etc – are all part of a movement in the same direction. The ITF reports notes that “emerging markets [and the Caribbean falls in that category] are often first-movers when it comes to early adoption of high standards as a differentiating factor.”

This is a vital opportunity for the Caribbean – in every way!

This article is part of the "Purpose with Profit" Column and an earlier version was published in the business section of the Newsday (Trinidad & Tobago), Business Authority (Barbados). our.today (Jamaica), and The Voice Newspaper (Saint Lucia) in December 2021.