The Common Reed Phragmites australis is a large perennial species of grass. They normally grow to about 2 m high, but much of the plant biomass is contained below ground in a dense mass of roots and rhizomes that can penetrate the soil to a depth more than 2 m. Reeds favour damp to moderately flooded conditions  where it usually grows as the dominant plant species and forms extensive continuous patches known as reedbeds (as shown in the photo).

However, reed is capable of colonizing and becoming a serious weed in some types of irrigated agriculture such as rice paddies, fish ponds and waterways. In North America, the introduction of non-native European genotypes during the early 20th century (from packing materials and ballast containing peat) has over the last 150 years resulted in extensive “cryptic” invasion of reeds where the introduced type has displaced native types as well as expanding to regions previously not known to have reeds. The invasive variety of reeds creates tall, dense stands which degrade wetlands and coastal areas by crowding out native plants and animals, blocking shoreline views, reducing access for swimming, fishing, and hunting and can create fire hazards from dry plant material. 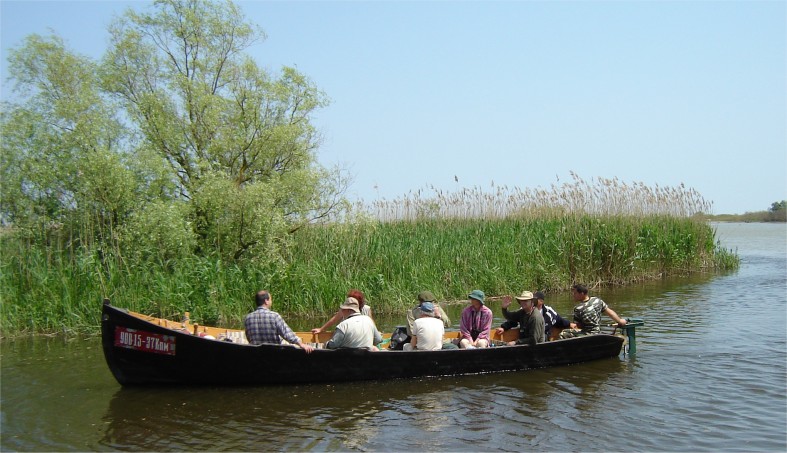 Reedbeds, depending on their size and location, can play important roles in ameliorating local hydrological conditions. These include:

Reed is also an important habitat former, providing food, shelter and breeding areas for a high diversity of plants, fish, insects, amphibians, birds and mammals. Indeed, the vast reedbeds of the Danube delta region of Romania and Ukraine are recognised as a global hot spot for their biodiversity and are protected by national and international designations. 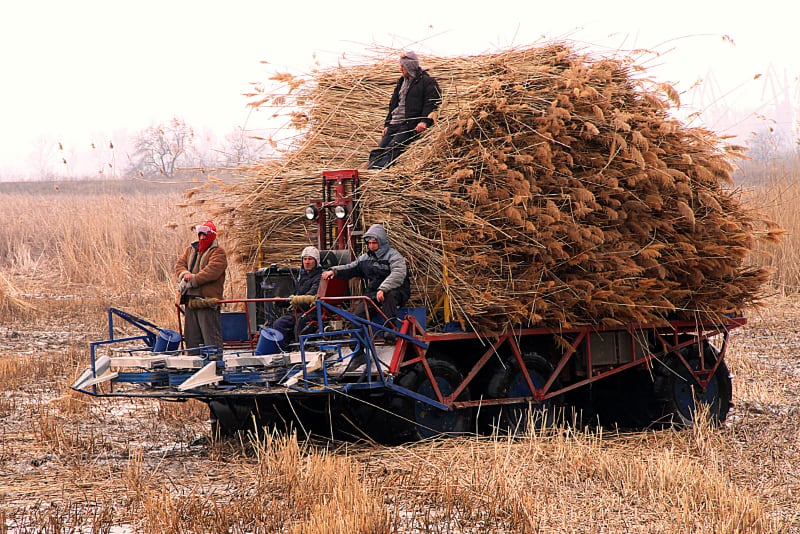 Nevertheless, reeds in this region are sustainably harvested on a significant scale to produce roof thatch that is mainly exported to Western Europe. This activity is carried out in winter between November and March, when the reed stems have died and the ground is drier, if not frozen. As a result, the thatch industry provides a source employment for local people in harvesting, processing and exporting reeds during a period when farm work is scarce. At the same time, harvesting keeps the reed from spreading and maintains a mosaic of different-aged patches that benefits biodiversity.

The amount of reed harvested for any other purpose is currently negligible and represents an enormous missed opportunity for ecologically sustainable regional development. For example, reed biomass can be used to produce renewable energy, and as a source of organic chemicals for manufacturing biodegradable plastics. Furthermore, reedbeds form on waterlogged soils in which the decomposition of leaf litter is retarded and incomplete, which results in the accumulation of peat. Soils formed of peat are the only type with a persistent storage process of carbon and therefore they are among the most important carbon-accumulating ecosystems of the world. Growing and maintaining reedbeds on existing or drained peat soils has the potential to cut substantially greenhouse gas emissions thus helping states to meet the UNFCCC global action plan to limit global warming to well below 2°C, agreed in Paris in December 2015.

Unfortunately, the sustainable utilisation of reed biomass is well below its huge potential potential because of infrastructure and operational framework deficiencies, as well as low awareness of the benefits of switching from drainage based utilisation of marginal sites to wet reedbed management. To address such obstacles, it will be necessary to draw together the various actors (research bodies, government, businesses and civil society) in a way that allows them to collaborate on innovative approaches for using wetland biomass.

The private sector is the main driver for the development and marketing of new products, resulting from appropriate wetland biomass policies and incorporating research results. There are opportunities in many aspects of the biomass energy supply chain, including:

Civil society organisations can play an important role by promoting awareness, increasing acceptance of and raising demand for wetland biomass products by: